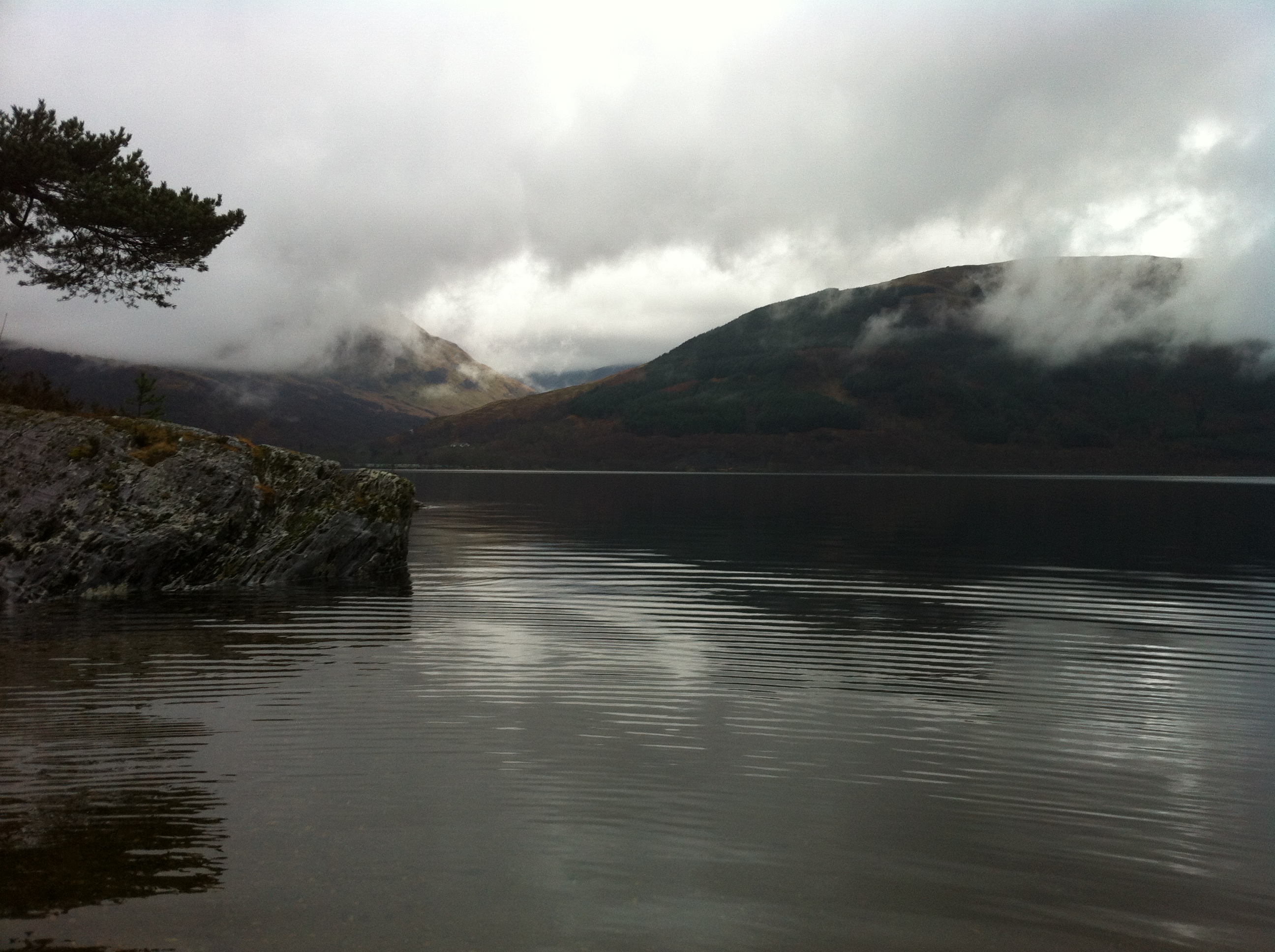 Sunday brough my first run on the West Highland Way of the year.  A straightforward run out and back from Rowardennan to Inversnaid.  Weather conditions started off perfectly but then turned to dreich smirry rain by the time I reached the hotel at Inversnaid.

I had it in my head this was a fairly straightforward section of the route but had completely forgotten just how much climbing is involved as you run up the side of the Loch.  The hill starts just after the Youth Hostel and seems to keep going forever.  The first few miles follow the forestry road so conditions are good underfoot. Eventually all the climbing is rewarded with the longest downhill!

As this was a training run, I tried to run continuously up all of the hills. I definitely wont be doing this on race day. I was pretty pleased to be able to haul myself up all of the hills withouth having to take a walk break. I had noticed my climbing getting better lately and this continued on these hills, so I guess all the squats and lunges are working.

I ran into Inversnaid, pottered around taking pictures of the waterfalls which were quite spectacular, then ran back a Km to pick up Helen and run with her into Inversnaid.

We ran together through the loch shore for a bit on the return leg then I slogged ahead up the hills while Helen took the sensible strategy of walking the uphills.

I made it back to Rowardennan in about 2 hours 35 for the round trip which was an average of about 11 mins/mile including time for faffing around taking pictures.

The funny wee blip in  the middle is due to me getting confused between the pause and start/stop buttons on my Garmin. The other thing which is weird is that I am using a Garmin 910XT which comes with a barometric altimeter. I had read that some people were having issues with it reporting strange readings. If you look at my graph, apparently I was nearly 100ft below sea level at one point! So much for technology.

The reward was a wee paddle in Loch Lomond to cool my legs.